Our Ayyappa Swamy in Bangalore

By Anantha Narayanan - May 05, 2014
They say that God is everywhere. The story of Prahlada is famous, where his father challenges him to show the god in the pillar. To his surprise Lord Vishnu in the manifestation of Narasimha emerged from within the pillar.

Yesterday I was stuck with such a surprise. I was in Basavanagudi, Dodda Ganesha Temple in Bangalore. We were doing pradakshinam of Naga deity in front of the temple and found a familiar photo on the Banyan Tree.

The laminated photo was none other than our village deity. 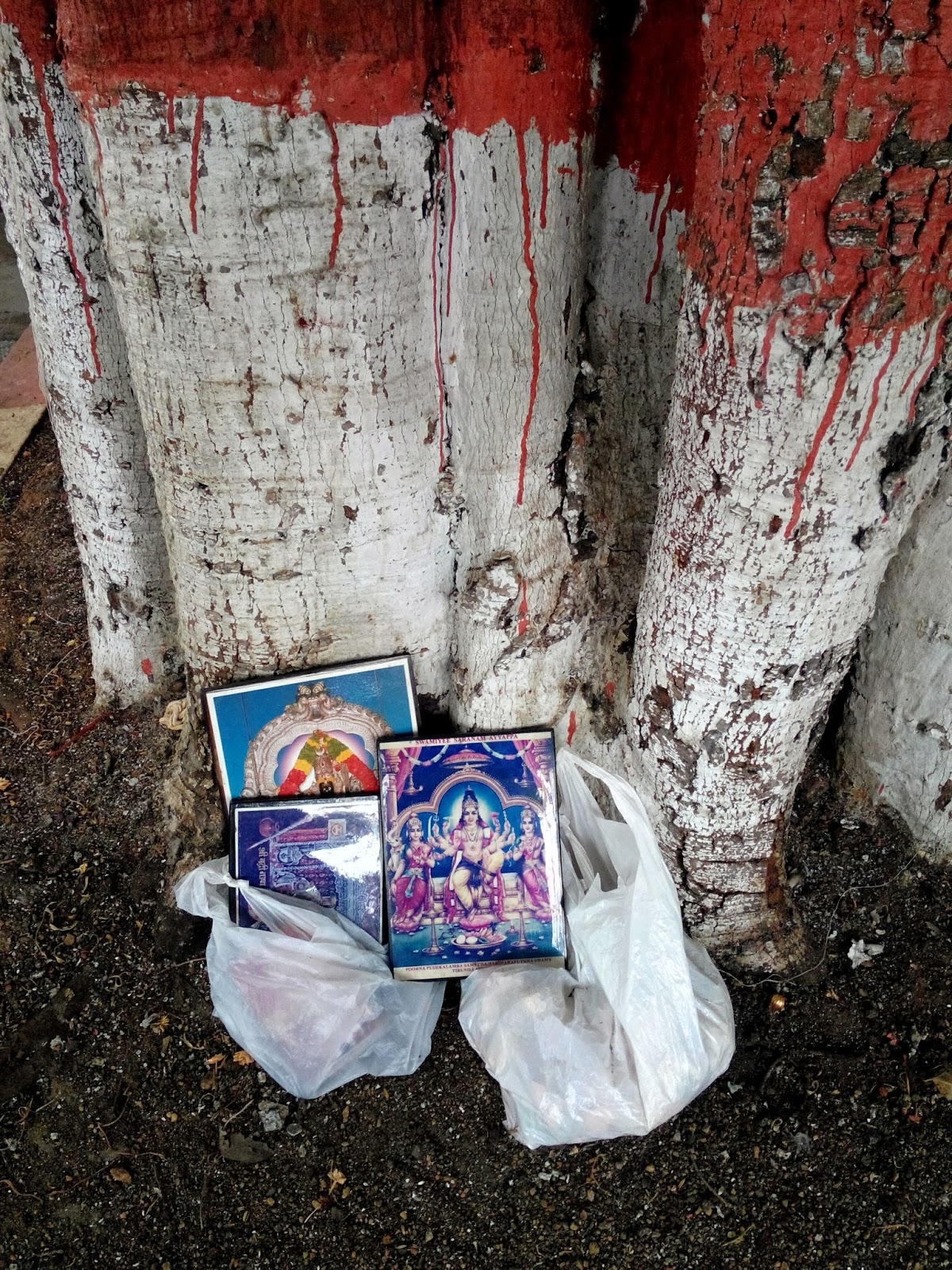 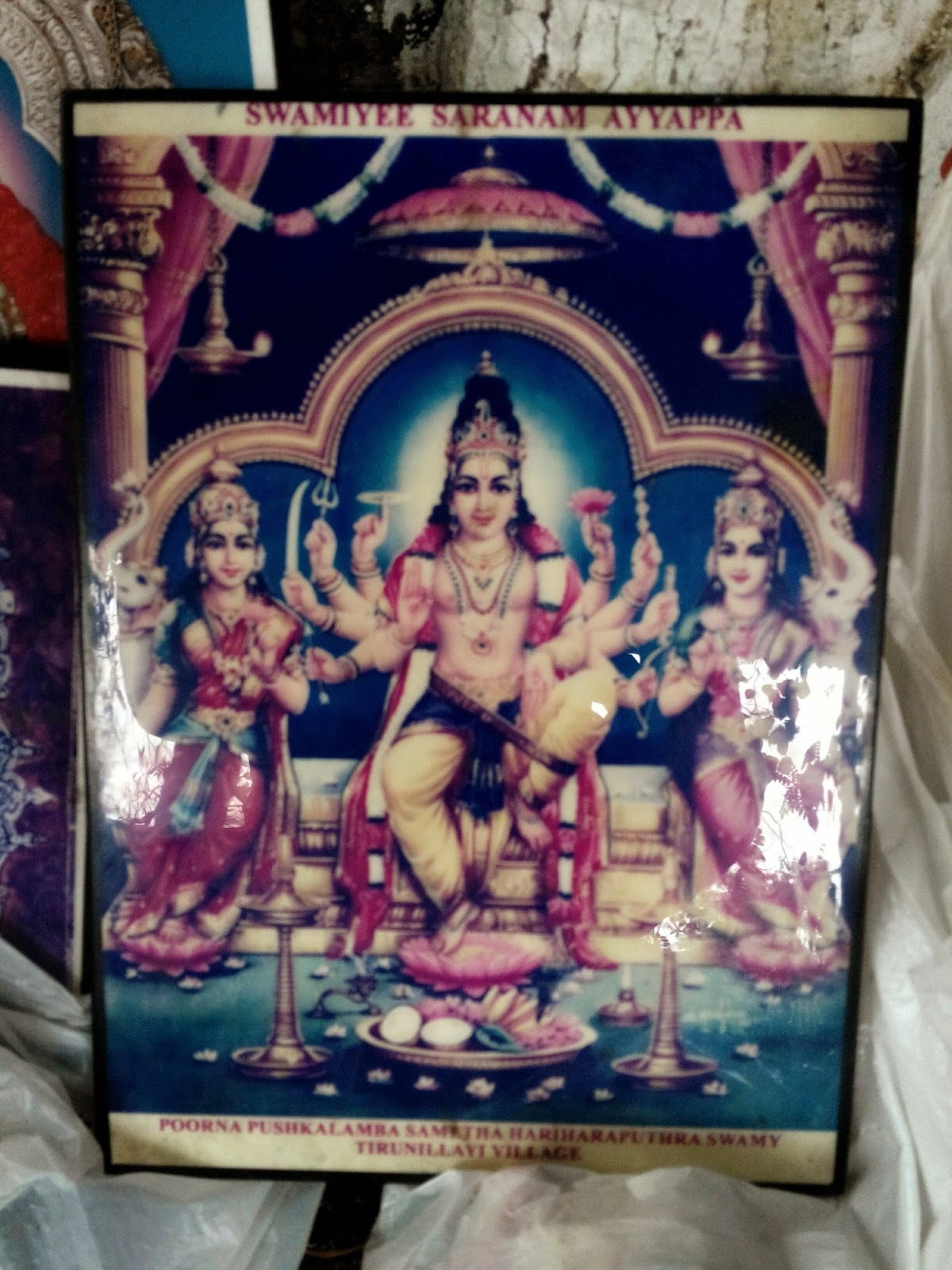 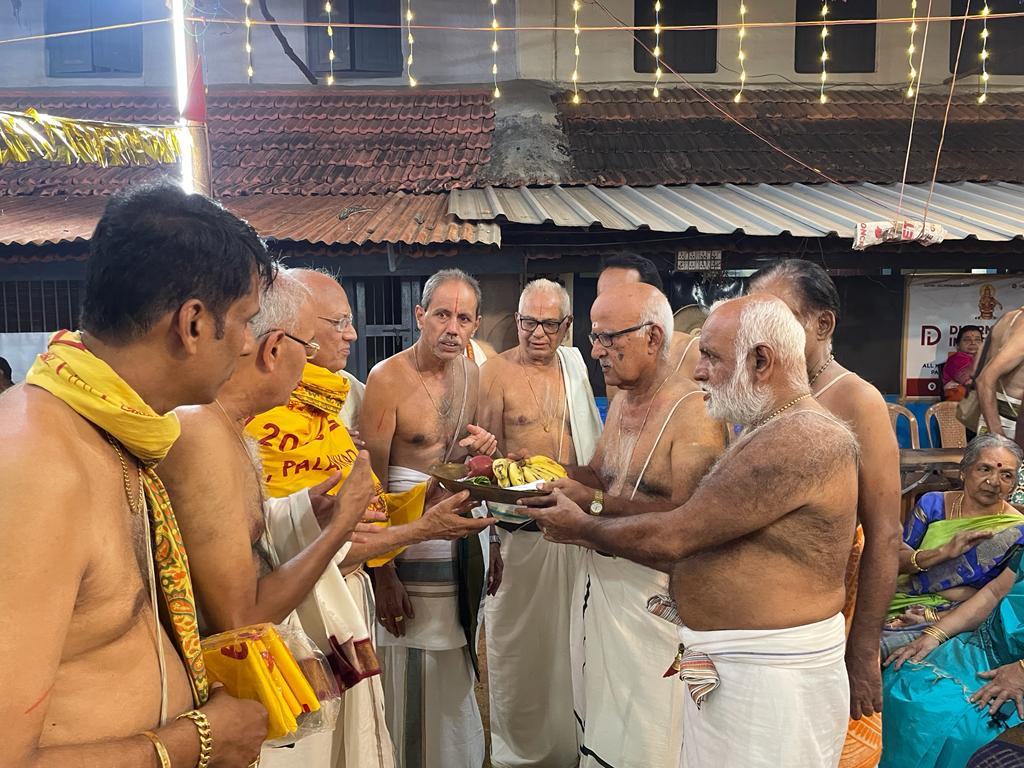