Showing posts from November, 2014
Show all

By Anantha Narayanan - November 09, 2014
It was again a Sunday on November 9th 2009. It was raining all the way from 8th November. Hardly did anyone think the tragedy that could struck them. Earlier the day Moolathara Dam regulator-cum-bridge broke away due to heavy rain waters gushing into it from Aliyar. Though this was not a major setback as it happened in 1992 (If I remember correctly there were human casualties too then), lot of farmers had to give up their cultivable land to river in Chittur.
Post a Comment
Read more 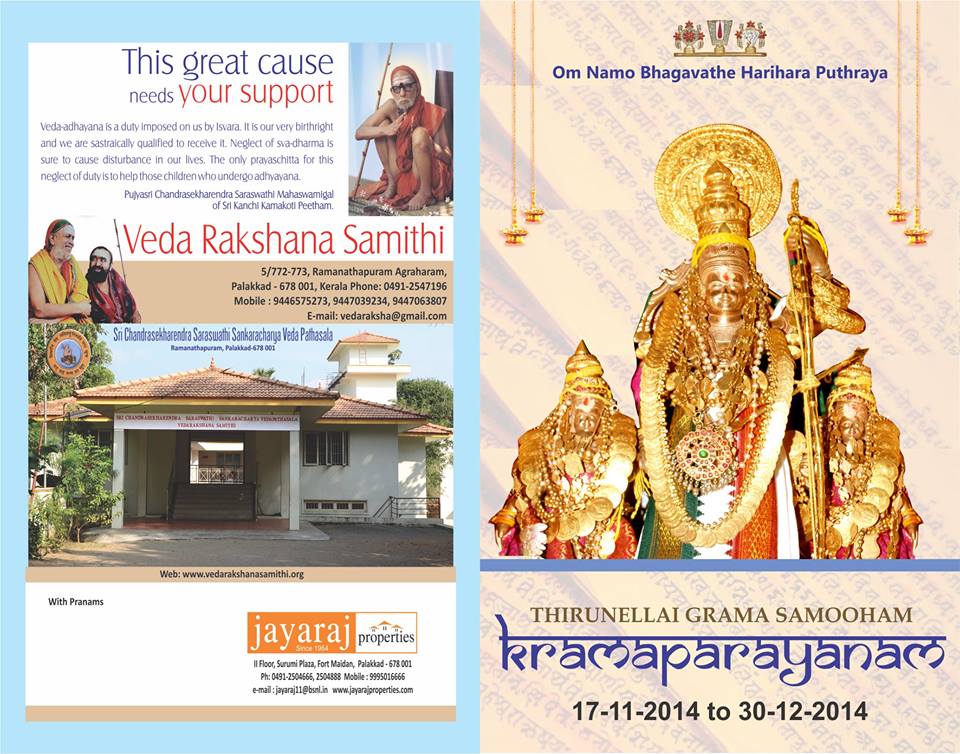 Kramaparayanam will be held in Thirunellai village from 17th November 2014 to 30th December 2014. Donations to this event are welcome. Please forward your donations as mentioned in the notice.
Post a Comment
Read more
More posts