Shared by Anantha Narayanan on March 14, 2014
The Savithri Vratham is observed on the day that the Tamil month of Maasi changes to panguni.
Savithri among the five Satis projects the image of a loyal and steadfast wife who could bring back her husband from Yama the God of Death because of her intrepidity and thinking-on-her-feet capacities.

The childless king of Madra, Ashwapati, lived as an ascetic for many years and prayed to the Sun God Savitr for an heir. His prayers were answered and God Savitr granted him a boon of a daughter. The king named her Savitri and as she had been born out of devotion, piety and asceticism became her qualities later in life.

Savitri was so beautiful and pure that she intimidated men. When she reached marriageable age, no man asked for her hand. So her father told her to find a husband on her own. She set out on a pilgrimage and found Satyavan, the son of an exiled, penniless, blind king named Dyumatsena who was a forest-dweller.

However, Satyavan was destined to die one year from the day of her marriage. An adamant Savitri married Satyavan and went off to the forest and lived as an obedient and respectful woman to her new parents-in-law and husband.

Three days before the predicted death of Satyavan, Savitri began to observe a fast and vigil. On the morning of Satyavan’s final day, Savitri accompanied her husband into the forest where Yama, the God of Death, came to claim the soul of Satyavan. Savitri followed Yama as he carried the soul away. When he tried to convince her to go back, she offered various wise arguments. 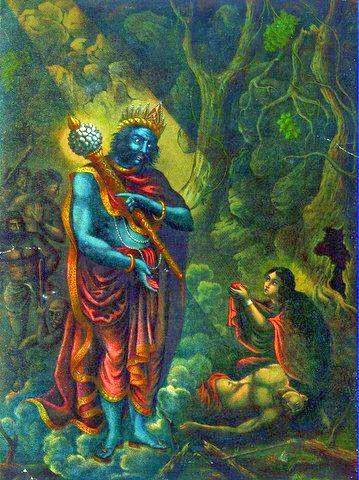 Savitri praised Yama for his just rule as King of Dharma, and for his noble conduct with no expectation of return. Impressed by her oratorical skills Yama offered her any boon, except the life of Satyavan. She first asked for the eyesight of her father-in-law and restoration of his kingdom. Next her wish was for a hundred sons for her father and then a hundred sons for herself and Satyavan. The last wish cleverly created a dilemma for Yama, as it would indirectly grant the life of Satyavan. However, impressed by Savitri's dedication and purity, he offered her any boon. Savitri instantly asked for Satyavan to return to life. Yama granted life to Satyavan and blessed Savitri's life with eternal happiness.

From then Savitri has always been idolized as the ideal woman who used her wits to win back the life and riches of her husband.

It is believed that Savithri got her husband back on the first day of Tamil month "Panguni". So, this day is celebrated as "Karadayan Nonbu" in Tamil Nadu. On this day, married women and young girls wear yellow robes/thread and pray to Hindu goddesses for long lives for their husbands. Girls start this practice very young; they wear a yellow robe/thread on this day from the time they are just one year old so they will find a good husband in the future. 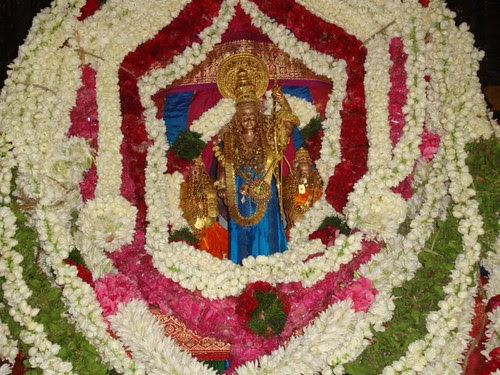 Lord Hariharaputhra (Son of Hari [Lord Vishnu] and Haran [Lord Shiva]) or Lord Ayyappa. The devotees of Ayyappa call him by several favorite names that include, Dharmashasta (one who established Dharma), Manikanta (born with a bell on the neck) etc.

This picture is uthsavamoorthi (festival idol) decorated with flowers and taken in theru (wooden cart) and taken through out the village as part of annual 9 day celebration.

The Thirunellai in Palakkad, Kerala in South India is a small village located in the banks of the river nila/kannadi. It is about 4 kilometers from Palakkad Town. It is part of Palakkad Municipal Corporation limits.

Like the 18 gramams/agraharams/villages in Palakkad Town, Thirunellai also is inhabited by Brahmins who are descendants of those who have migrated from TamilNadu. They are called as Tamil Brahmins / Kerala Brahmins synonymously.

The brahmins who settled in Thirunellai on the banks of the river nila or kannadi, where vaishnavites (devotees of Lord Vishnu). Out of the 18 gramams in Palakkad, Thirunellai and Pallipuram are settled by Vaishnavites, whereas the rest by Saivaites.

Though there is no direct proof of the time of settling in Thirunellai, it could have been a most recent when compared to the other gramams. Most probably the settling was about 200-300 years before 20th century. 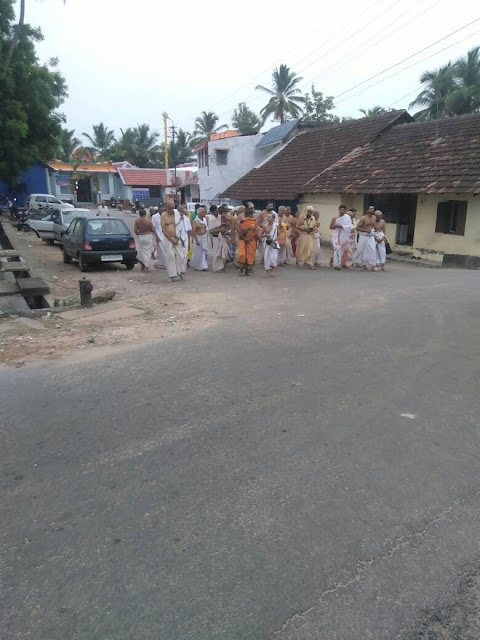 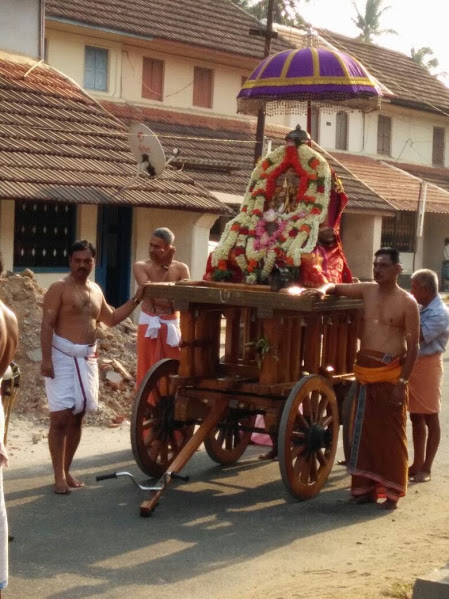 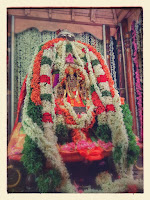 After which Kodimaram Kumbhabhishekam was done:
After which Maha Kumbhabhishekam of Poorna Pushkala Sametha Hariharaputhra Swamy was performed:
Followed by Dasa Darshanam to Ayyappa Swamy at both Kizhakkethalai Temple and Mantha Kovil.
In the evening 3 elephants were summoned for Kazcha sheeveli. Rain was drizzling during Kazhchasheeveli.

Panchavadyam was icing on the cake, which was enjoyed by people from all walks of life.
In the night around 12 the Go ratham was decorated with flowers and Swamy ezhunnallathu was also there: